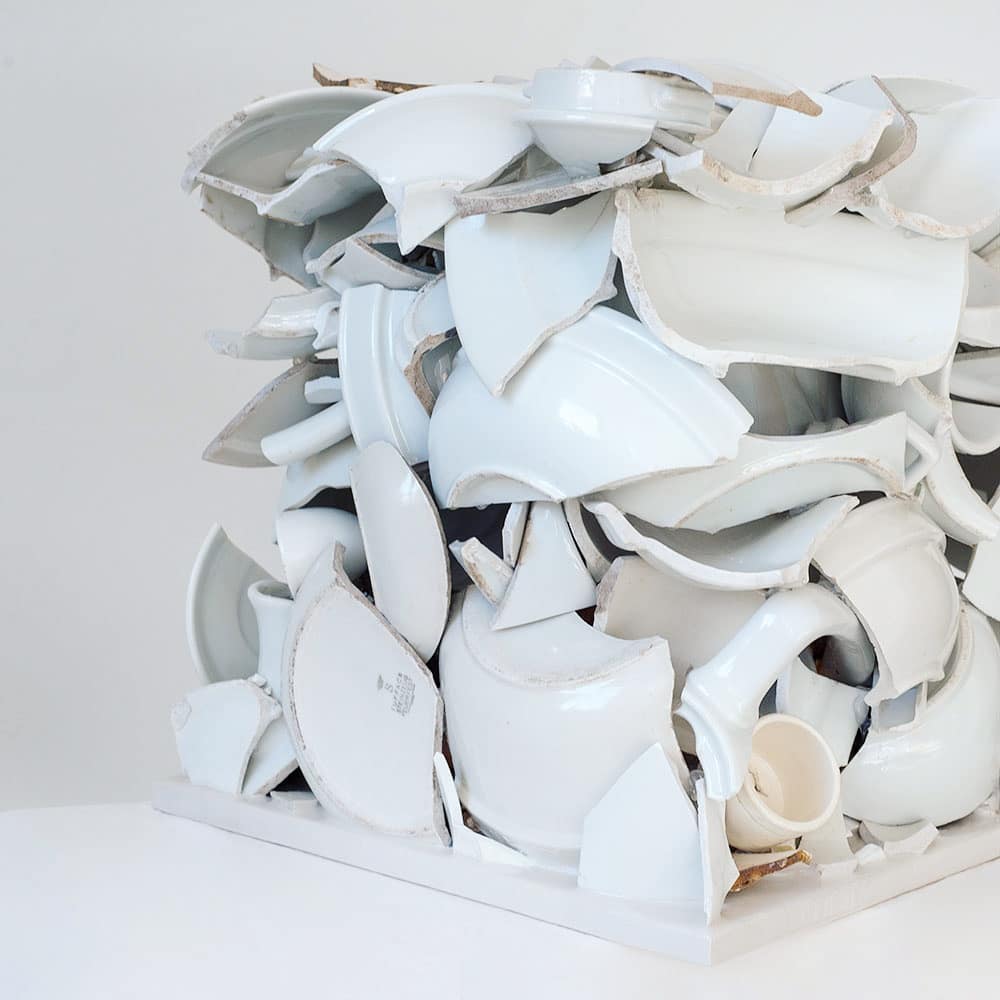 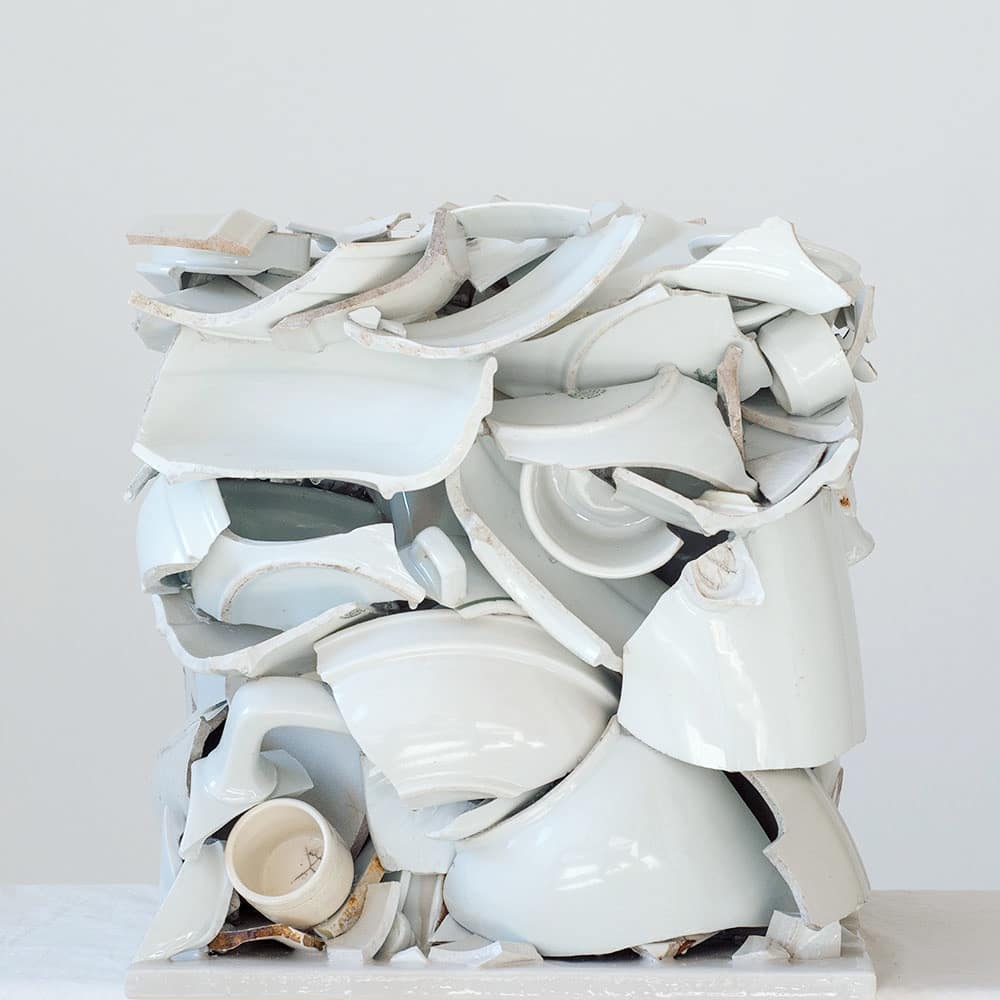 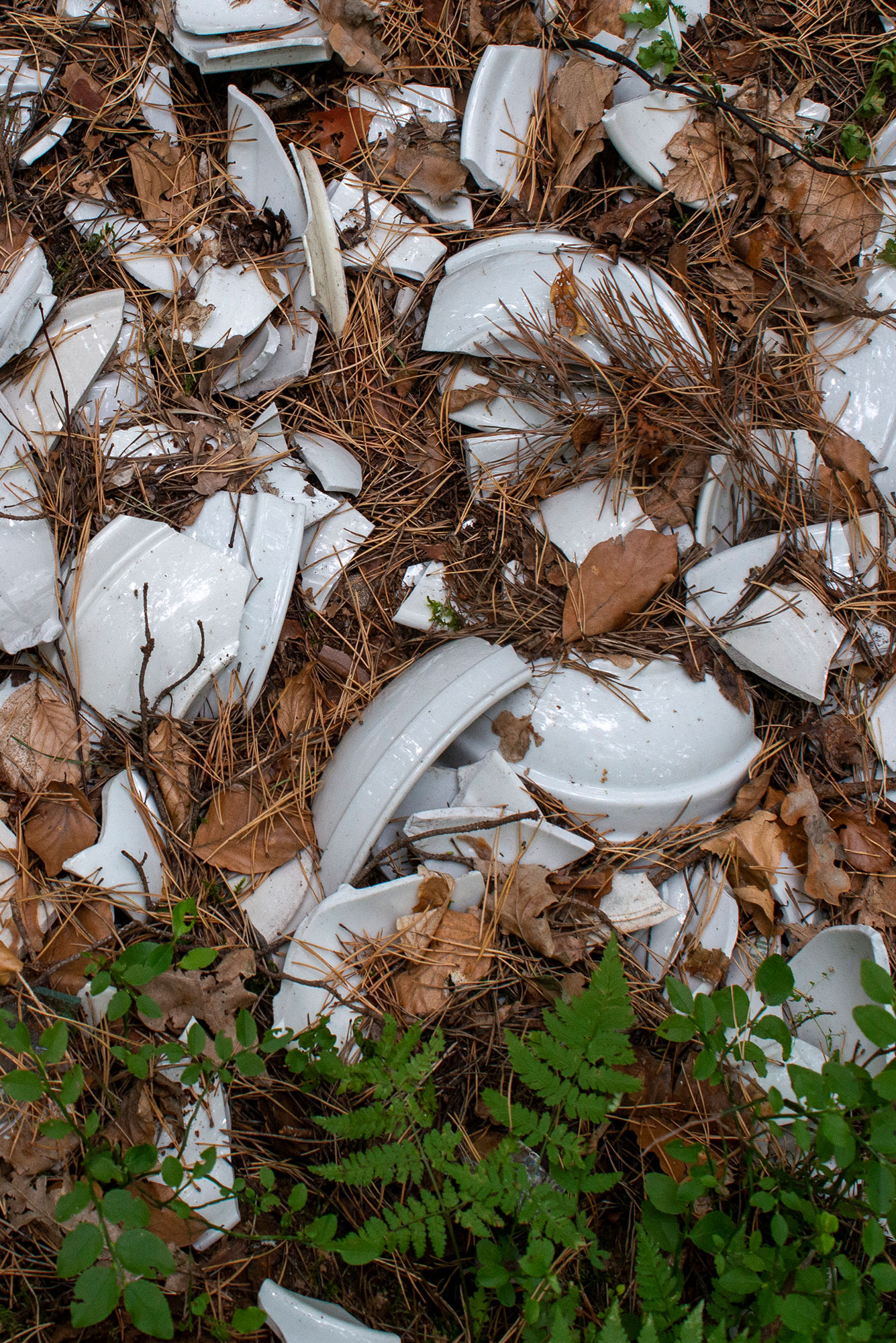 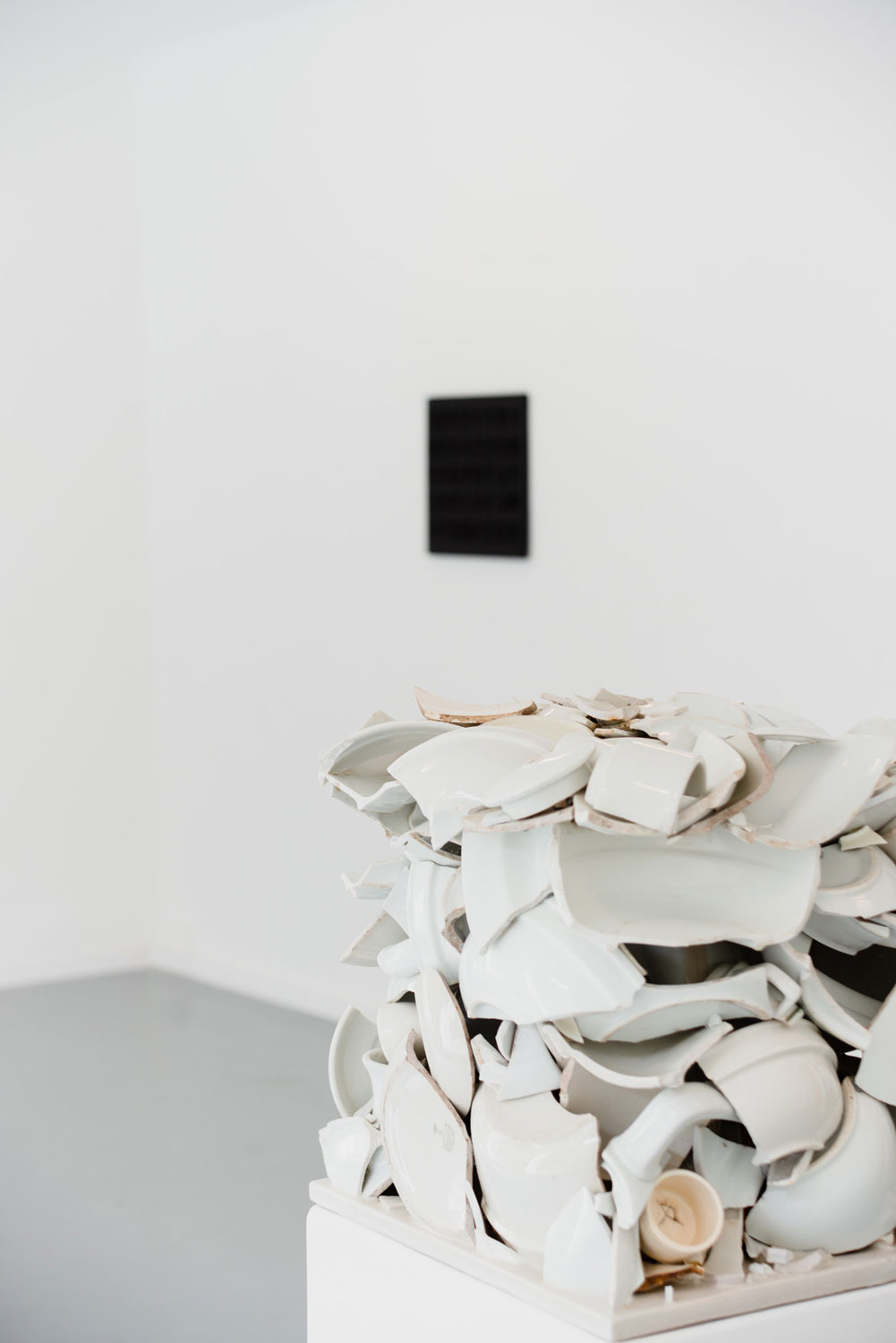 Sep.-Oct. 2018 | 0,36m2
Broken German army crockery.
Recovered in the north of Brandenburg,
cleaned and assembled in a cube.

There are several makers’ marks seen on the dishes:
Hutschenreuther LHS Selb, 1925 – 1939 mark carries swastika along with “Schönheit der Arbeit”/Beauty of Labour a propaganda organization of the Nazi government from the period 1934 to its eventual disbandment in 1945.

S Tuppack Steinzeug Feuerfest, 1930 – 1944 mark, was established in 1808 by Johann Heinrich Nicolai Matthiesen. In 1883 the business was taken over by Kuno Steinamann. The Steinmann family was partially Jewish. They were forced out of business by the Nazis in 1938.

Rosenthal was originally founded in 1879 as a family business. In the period of national socialism, the founder, Philipp Rosenthal, while Catholic, had to withdraw from the enterprise in 1934 because of his Jewish origin. The reasonably covertly concealed Aryans took advantage of the family and urged Rosenthal’s successor to step out of the company. In 1939 the company changed to Rosenthal Porzellan AG. When the Decree on Companies of Deprived Commercial Enterprises (RGBI 1941, p. 177), adopted on March 27, 1941, forced the discontinuation of the Jewish company and brand name Rosenthal, the “Aryan” management intervened through Joseph Goebbels to continue the use of the Rosenthal brand name.