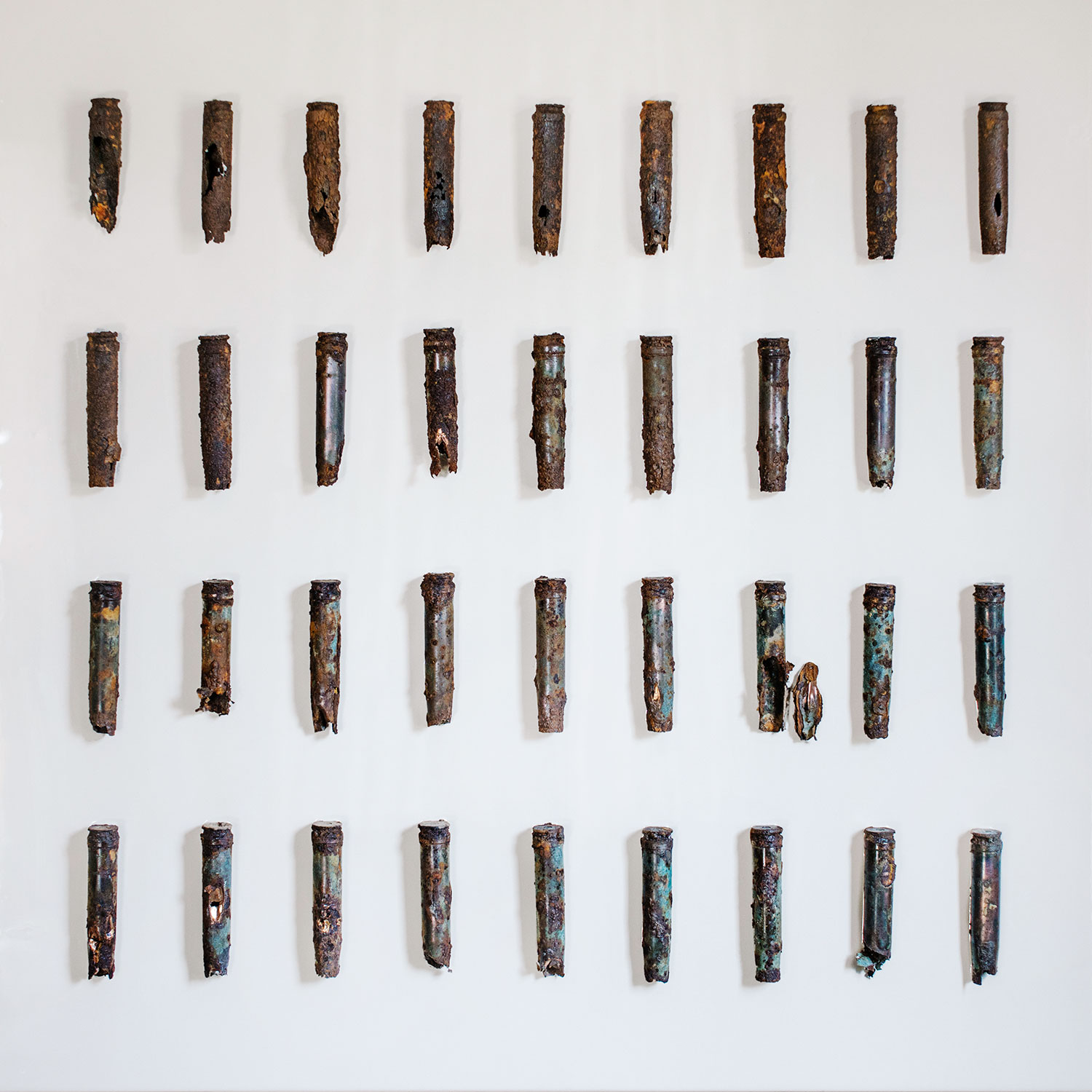 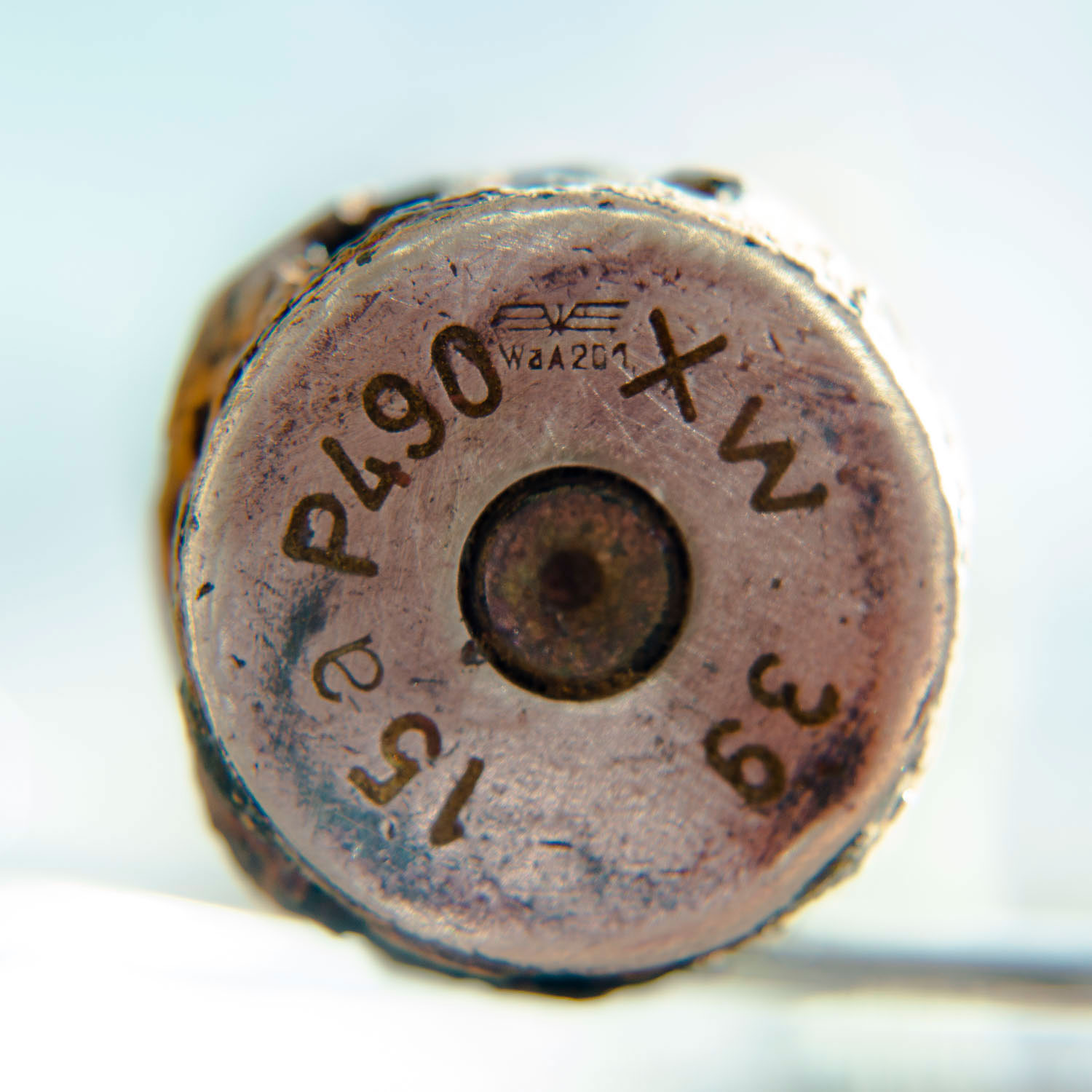 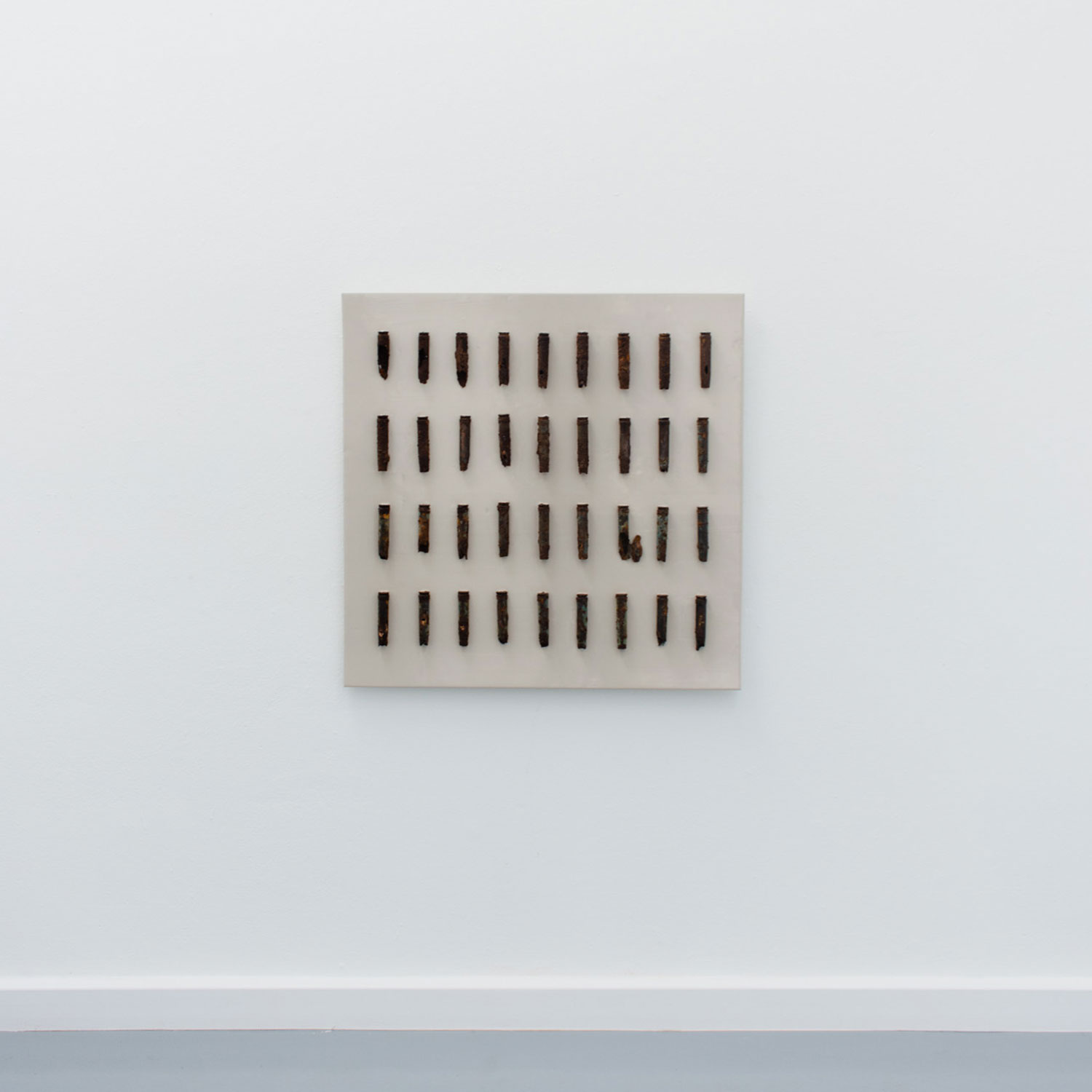 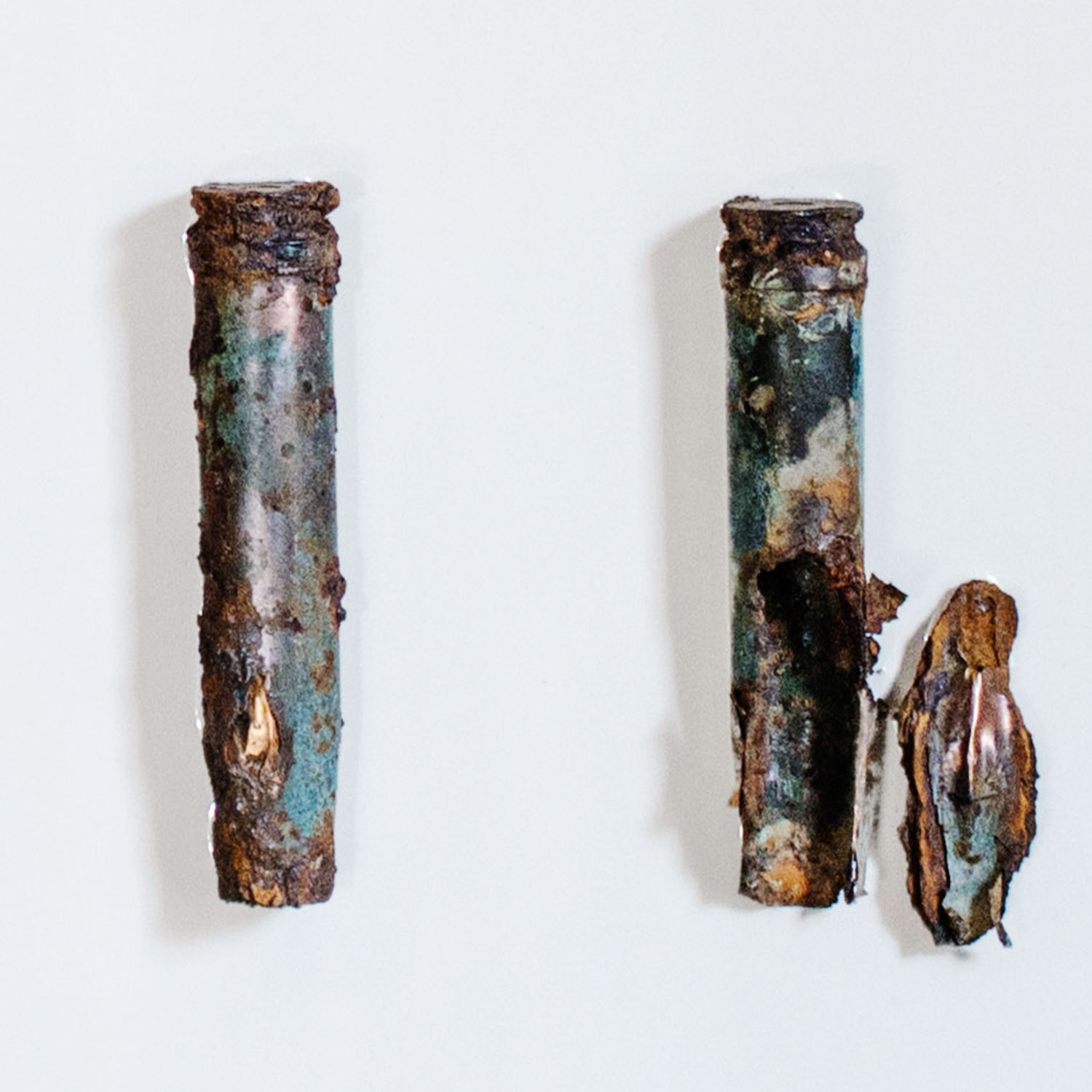 P490 stands for Hugo und Alfred Schneider AG (HASAG) “branch” in Altenburg. The “brunch” was a forced labour camp starting its production in 1936. On April 12, 1945, 2600 mostly female prisoners of the Altenburg satellite camp of the Buchenwald concentration camp were sent on a “death march” before the arrival of the Allies. Around 800 women were liberated by American troops in Waldenburg on April 14, 1945. The others were forced by the SS to march across the Ore Mountains towards Karlsbad. Their fate is unknown.

I cannot help but think of the person who had to make this ammunition, with their own hands, to be used to build a reign that aims to annihilate them. What was their final destiny? The cruelty of this position is absurd.

Sometimes a realisation what these objects are and what they represent strikes harder. Today, I once again think about how human actions can be so sinister.